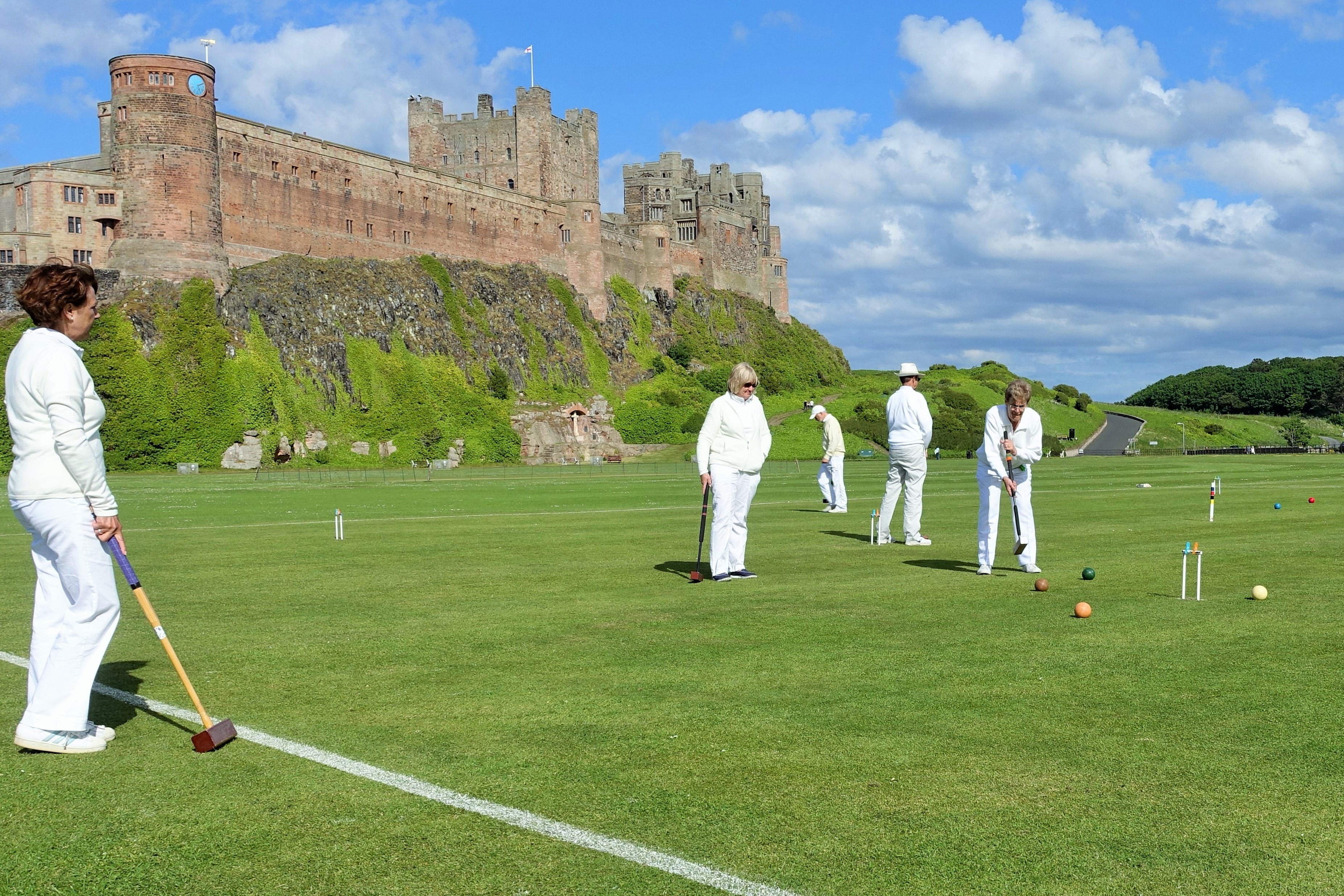 Croquet is a game of strategy, tactics and skill. What better place to enjoy this fascinating game than at Bamburgh Croquet Club, based on the green under the beautiful setting of Bamburgh Castle in Northumberland.

On this website you'll find information about our activities and facilities, along with details of how you can participate in this unique sport. We hope you will find all of the information you are looking for about our club. Or take a closer look at Bamburgh Village to see where the club is situated.

Weather or not to play croquet today: check the Bamburgh weather forecast 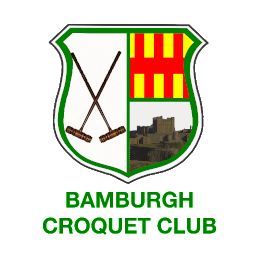 Bamburgh Croquet is open for play from 29th March 2021 under the precautionary regime issued by the CA with extensions for our own environment, all details of which have been sent to members.  Participation, distancing and sanitising rules must be followed on the lawns and when accessing equipment in the pavilion.  Members only may play at the moment.

This year's inter-club team golf croquet competition scheduled for Saturday, 19th June 2021 is CANCELLED.  It is hoped that the event can be re-organised on a date later in the season.

Details of club coaching courses will be announced in April.

The league programme for 2021 is still under discussion by Croquet North federation.